It seems like Mother Nature has finally decided that we shall get some rain and much cooler temperatures.  It was lovely being able to have the windows open overnight for sleeping and it getting rather cool for early September around here.  As a knitter, I do love the cooler weather since it means time to grab a shawl or put on a pair of hand knit socks.

The colors of fall are not colors that I tend to gravitate towards since I do not look good in most shades of orange or yellows.  But this year, it seems like my knitting is matching up with the season.  I was given the opportunity to test knit a shawl for a designer I happen to like and I challenged myself to work outside of my normal color range.  The colors I ended up with are very not me but very fall like with golds, oranges and burgundy.  Okay, I do like burgundy since it is a red.  But will I wear the shawl once it is completely done and blocked? Hard to tell at this point.  But I do happen to know someone who loves these particular colors so it may end up being mailed off to her as a gift.

Even my knitting matches the change of seasons

Even the flowers I am seeing at my favorite early morning farmers market downtown reflects the change of the seasons happening slowly. 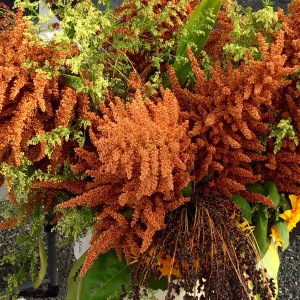 I am starting to see hints of fall in the items seen at the local farmers’ markets.  Baby butternut squash are my current favorite.  They are the perfect size for a single serving.  I can’t wait for the current heat wave to break so I can roast one of these lovelies. 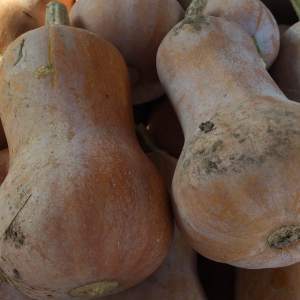 The moon late at night has been orange.  Hard to capture but this shot reminds me that All Hallows Eve will be here soon. 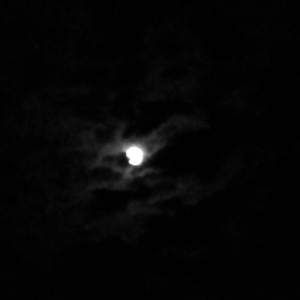 This past weekend, I managed to talk a friend into wandering around a few rural parts of northern Virginia in a hunt for two new to me wineries.  We never actually found either of the two wineries I wanted to check out.  Google Maps said the one was about a 90 minute drive.  But it seemed like we kept going and going and going down this two lane road into the woods.

I will say that the little we saw of Mount Weather through the fences was stunning.  The trees lining the two lane road we were on meant that it was nice and cool for that portion of the drive.

After a while, we decided to head back towards the main road and find the cider place we had seen several signs for instead.  After all, this was meant to be an adventure.

I forgot to take any photos of the brand new hard cider place we visited in Bluemont, Virginia.  But I would highly recommend taking a day trip to go visit Wild Hare Hard Cider.  We sampled the two ciders they had available and I ended up bringing home a bottle of Windrush.  I plan to drink part of it once the weather cools down and use the rest to cook with.  Maybe as a glaze for some butternut squash.

After visiting the cidery, we found a micro-brew place called Dirt Farm.  Yes, it really is called Dirt Farm.  The only beer I tried was good but I am not sure I would go back.  It was the drive up to the tasting room is why I am not sure I would go back.  You literally are driving straight up a mountain on one lane farm road.  Coming back down it was a bit nerve racking since the other lane was a hard packed dirt and pock marked and you prayed no one was coming up on the paved lane.  Down hill traffic has to move over to the unpaved lane.  But the view was stunning. 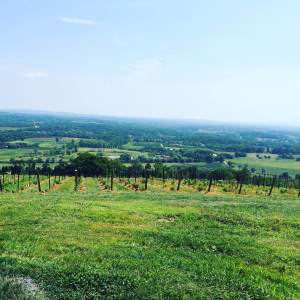 Looking down the mountain.

We headed over to Middleburg, Virginia, after this to find another cidery that had been mentioned to us.  Mt. Defiance is not just a cidery but they also distill spirits as well.  We only did the cider sampling and again, they were good but nothing mind blowing.

But time for a late lunch so instead of staying in lovely Middleburg, we ended up in one of my favorite places to eat – Beans in the Belfry.  I bypassed a yarn shop to go to Beans.  I am not sure if it is the fact that this is an old church that has been creatively repurposed or the food or the combination.  But I love this place.  The food is always well prepared, fresh and local.  And yes, my friend loved the place as well.

And yes, I did drag her to another cidery but pictures and more details about that one after my next visit there.  It is local and I enjoyed their offerings enough that I plan to go back again.

But we finished off the day with a trip to South Mountain Creamery for an ice cream cone. 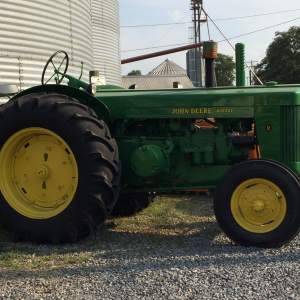 Spain on a Fork

A medieval chateau in the forests of Ardeche. As seen on Escape to the Chateau : DIY

Ruminations of a life-long fiber artist.

Felicia's World
COOKING ON A BOOTSTRAP

by Jack Monroe, bestselling author of 'A Girl Called Jack'